Developed by Sanofi Genzyme for a UK audience

The World vs.MS is a Sanofi Genzyme Europe initiative.

MS and Sport: My journey from diagnosis to becoming a Paralympic rower 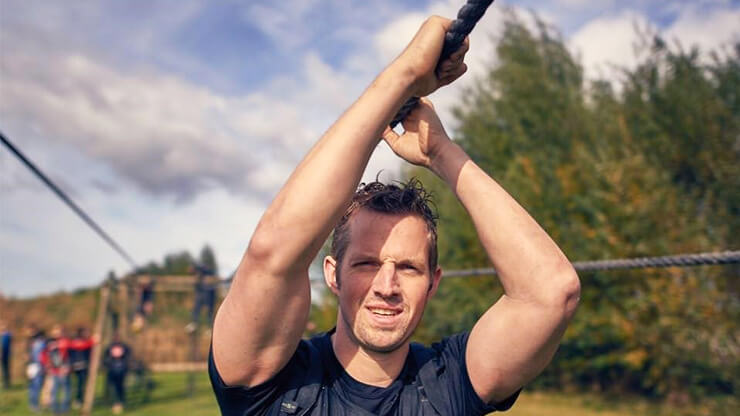 At the end of 2014, a crazy idea popped into my head: I should run a marathon. And not just any marathon, but the toughest marathon in the Netherlands: the Iron Viking Run. Forty-two kilometres through the mud, with added obstacles! My training programme was in full swing: I was running 90 kilometres every week, and I felt good. However, halfway through January 2015, I woke up feeling like part of my sight was missing. I thought this was just because of exhaustion and stress, and it took me another two weeks to go see a doctor.

I went from my GP to an ophthalmologist, then to a neurologist, then had an MRI scan and returned to the neurologist, all within the space of a week. I went to get the MRI results from the neurologist on my own, because I thought there couldn’t be anything seriously wrong with me, but when she told me I had MS, I felt like I was going to faint. Many questions started running through my head, “What kind of future have I got?”, “Can I keep doing what I’m doing now?”, “Can I still exercise?”, “Will I need to swap my trail running shoes for a wheelchair?” The neurologist couldn’t answer those questions about my future, but said that I should definitely keep exercising as long as I felt well enough to do so. She’d never seen someone who lives with MS, run 90km a week!

I decided to keep up the training: it made me feel good and it helped me to relax. I also started writing a blog about how I dealt with things and what I’m doing in terms of sport. My training continued and I ran hundreds of kilometres right up to the middle of May 2015: the day of the Iron Viking Run. Forty-two kilometres of running, crawling and clambering: it may have taken me seven and a half hours, but I did finish, and I did have the dubious honour of being the first MS patient to have completed the Iron Viking Run.

After the Iron Viking, I was invited to attend a training session for the Invictus Games. I wasn’t sure what it was all about, but I wasn’t going to say no until I’d given it a shot. The running events were a disappointment: my maximum distance was 1 km, and I am at my best, at runs of at least 10 km. Rowing was a different story: the trainers saw something in me, even though my technique was rubbish and my condition could be better. I started focusing all my efforts on rowing, and the trainers used a CrossFit method to teach me how to do it properly.

At the Invictus Games, I had to row for four minutes. I was in the lead for three and a half of those, but then my body just gave up. I did manage to finish the race, but I was overtaken by three others and finished fourth. All in all, it was a pretty good result considering that I was actually in a class higher than my level of ability.

After the Invictus Games, the Dutch Rowing Federation classified me for Paralympic rowing, and things moved quickly from there. I am now surrounded by a team of experienced coaches, which has resulted in me becoming number 2 in the Netherlands and number 6 in Europe, in indoor rowing.

I’ve had to make a lot of choices to get this far: one thing often excludes another, for example, I’ve had to put my sport before my social life.

In the next few months, I’m hoping to start rowing on water. It will be an entirely new adventure, and I hope my body will cope!

Johan is a Dutch athlete, and an ambassador for the Dutch Team NO-Limits. He came 4th at the Invictus Games 2016 indoor rowing, and he is involved in many sports events. Follow Johan’s incredible journey on his Facebook page MS Warrior.

Did you find this article useful? 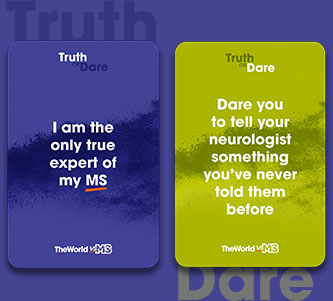 Discover your MS Truth and Dare yourself to do things differently with the Truth or Dare card game.

You are leaving to visit another one of our group websites. This website may be governed by different terms and conditions.

Thank you for your feedback.